The cuckoo clock has been an iconic part of pop culture and a household classic for a lot longer than you probably think. If you want to find out more about this beloved item’s past and the artistry that goes into making it, keep reading!

The Origins of the Cuckoo Clock

There is some mystery surrounding the origins of the cuckoo clock. The very first cuckoo was likely crafted in the Black Forest Region of Germany, which to this day is known for being an important location for wood carving and watchmaking. Although there is still some confusion about who the inventor was, many believe the clock should be accredited to Franz Anton Ketterer who was a clockmaker from the village Schönwald. Regardless of whether or not he truly made the first cuckoo clock, Ketterer is credited as one of the founding fathers of the Black Forest clock making industry.

While some people think these clocks didn’t start showing up until the 1700s, others believe the first clocks date all the way back to the early 1600s. Those who believe it was created earlier note some documents written by nobleman Philipp Hainhofer, scholar Athanasius Kirche, and Domenico Martinelli. Each man wrote something in the 17th century that seemingly described what we now know as the modern cuckoo clock.

How are Cuckoo Clocks Made? 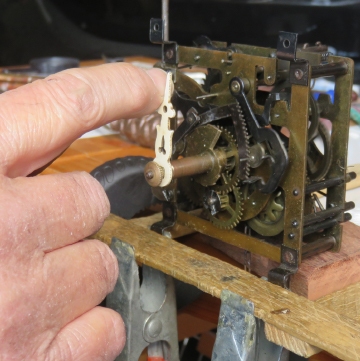 While some of the history may be disputed, the mechanics behind the clocks certainly are not. If you were to look inside of a cuckoo clock, you’d find all kinds of brass gears and a trigger that are responsible for keeping time as well as causing the cuckoo bird to come out of the clock. To regulate speed, the maker must include two chains with two cast-iron weights that cause the gears to turn at a consistent pace. Air is always pumping in and out of the miniature bellows to make the noise of the cuckoo bird, and a small hammer also hits the wire on a tiny gong.

To make a clock by hand, a woodworker begins with the clock component. They have to outline the shape of the clock on a block of wood using a stencil. Then they cut out the clock using a jigsaw. A clockmaker may use as many as 50 different knives to carve an elaborate design into the space surrounding the clock. While some clocks have special carvings, others have paintings, and others still have a combination of both. 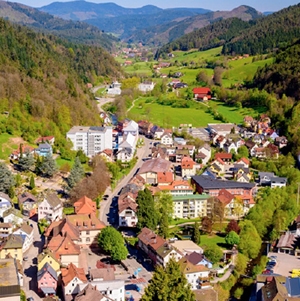 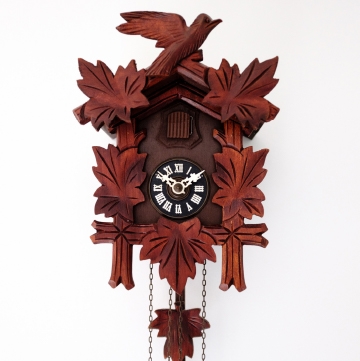 There are two different common styles of cuckoo clocks. The first is the traditional style or the classic style which only features wildlife and nature that would be found in the Black Forest setting. On the other hand, there is also the chalet style that incorporates characters like woodchoppers, mill wheels, beer steins, and bell ringers in the design. These clocks also play music. 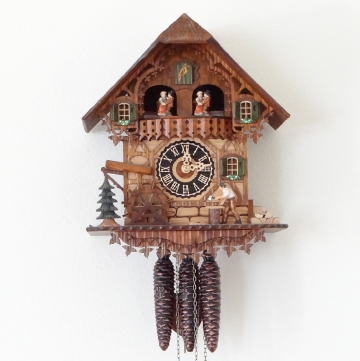 Purchase Your Own Cuckoo Clock

Music Box Attic offers more than just music boxes. We also sell other novelty gift items including cuckoo clocks. If you’re looking for a spin on a traditional timepiece or you just want a specular piece of art to put in your home, this is a great buy. Browse our many musical clocks to add to your home’s décor or gift to someone else!