Music Boxes - A Closer Look at a Beloved Tradition

Since their creation in the late 18th century, music boxes continue to be treasured collectibles for music-lovers and anyone who appreciates the beauty and sound of a handcrafted keepsake music box. When given as a gift, a music box can be handed down through the generations, serving as a memorable heirloom of simpler times in a family's history, especially when they double as a jewelry storage box. 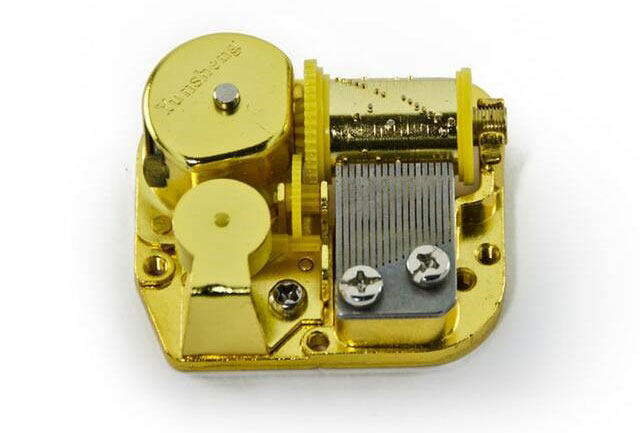 The "musical comb," a mechanism used to produce the sounds in music boxes, which was later incorporated into the musical movement, was created by Antoine Favre-Salomon also in the late 1700s. Favre-Saloman was a watchmaker and he found a way to add musical combs inside watches, pendants, and perfume bottles, a magical first step into the world of music boxes.

The design of the musical comb consists of various lengths of steel teeth. When used inside a musical movement, a revolving cylinder of pins 'plucks' the teeth to produce different musical notes. These pins are arranged in a way so that a melody can be heard from the music comb as the cylinder turns. A wind-up mechanism triggers the cylinder to rotate and the music box to create the tune.

The first real form of music box was a French mantel clock that played five songs from famous composers. It was designed by a man named Johann Maelzel around the same time that Favre-Salomon created the musical comb. 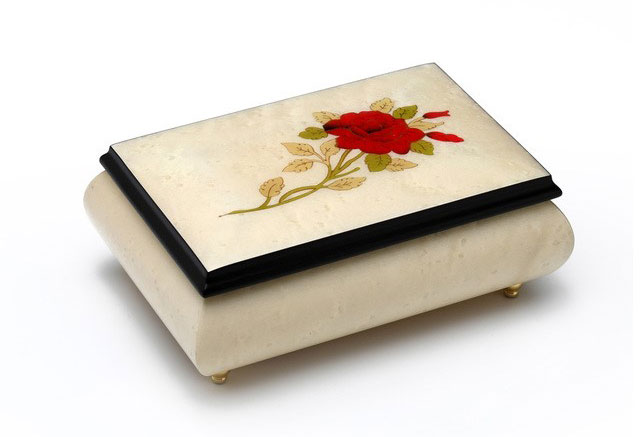 Digital music boxes are similar to traditional music boxes except they contain movement modules instead of mechanical movements to create the beautiful music your box plays. Electronic modules are programmable and able to store one or more MP3 songs, depending on their capacity. 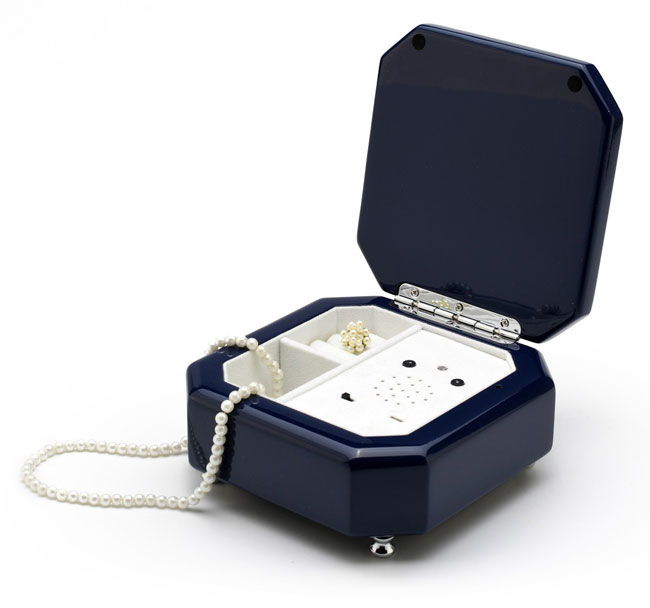 Digital music boxes might come pre-loaded with custom melodies or include modules that are removable and able to be connected to a computer via a USB cord to download music. You can also record special messages on digital music boxes and create a truly customizable gift your loved one will cherish.

Gift a Custom Music Box as a One-of-A-Kind Keepsake!

At MusicBoxAttic, we allow you to customize your own music box, making it truly unique and special for you and your family. Customize our music boxes by adding your own favorite song or songs to a custom musical movement or digital module. Is there a song that means a lot to your family? Add it and treasure it in a music box that will be a keepsake treasured for the ages.

We also carry a variety of figurine music boxes, from ballerinas to animals, objects, couples, children, musical instruments, pianos, you name it! Add a special engraved message on a custom plaque for another unique touch that's unforgettable.

A Wide Variety of Mechanical and Digital Music Boxes and Accessories

We carry cylinder boxes as well as custom digital USB music boxes. Plus, our song selection for our music boxes is unsurpassed. From favorite tunes from Phantom of the Opera to those by Beethoven, Mozart, children's lullabies and songs, and even popular music today. We also offer music box accessories including winding keys, wire stoppers, brass pins, turn tables, movement and module mechanisms, control systems, and more.

We're music box aficionados. We absolutely love preserving the history of these historic pieces by continuing to tell their story and helping you find a music box you love.

Contact us anytime you have questions as you shop our products. We'd love to help you learn more about music boxes. You can also visit our blog for news and updates.

Shop our newest products and all of our products by music box note size, special occasion, interests, type, recipient, and price - and enjoy free USPS priority shipping on all our products!