At its core, a music box is pretty self-explanatory, right? It’s a box that plays music when the lid is opened. There is a lot of versatility when it comes to music boxes. Some of them have dancing figurines within that provide lively entertainment, while others can be utilized as keepsake boxes or jewelry boxes for a more functional purpose.

However, as technology evolves, so do music boxes, and there aren’t many manufacturers that still adhere to the traditional styles of the original music box. If you want to learn about classic music boxes, explore this overview from the experts at Music Box Attic today!

History of the Music Box

The invention of the music box is a little contentious, but historians agree that it was probably invented in the late 1700s in Switzerland. The first few music boxes were so small that they could fit inside of a traditional pocket watch. Over time, designers gradually built larger varieties that could feature unique details and intricate creations.

While Switzerland may have invented the first music boxes, Italy quickly took the world by storm with their traditional wood inlay craftsmanship. Passed down through generations, craftsmen used tricky techniques to showcase delicate designs and patterns on the lids of music boxes in the 1800s. Classic music boxes from Sorrento and Ercolano were highly prized – displayed in many parlors, sitting rooms, and drawing rooms.

Eventually, Germany and America also started producing their own styles of music boxes and clockwork novelties to appeal to the masses. You could see these displayed with pride around the home, in offices, bedrooms, and living rooms.

The classic music box was able to produce sound due to a small mechanical movement that looked like a cylinder with multiple teeth. This piece was called a comb, and each of the teeth produced a different note when plucked. The depth of the cut into the cylinder determined the note each tooth struck. The teeth were placed in a specific position and order to recreate a melody when the movement was wound up and played. As the cylinder cycled through, a small pick would pluck each tooth to play a song!

These older movements had only 18-notes that they could play, which resulted in simplified melodies and lullabies. As the industry evolved and mechanical movements grew more complex, artisans were able to recreate songs more accurately with the addition of up to 144-note movements. Even today, you can find classic music boxes with mechanical movement that include:


In addition to the comb that contains the actual melody inside the music box, you also need a watch spring, clockwork, and fly regulator. These additional pieces move the cylinder and dictate the rate at which it spins.

While many people love the classic music boxes because of their quaint vintage personalities, there are modern music boxes available that can play all sorts of songs and recorded messages. With the advent of the USB, music box makers now had access to a digital recording device that could play back anything! Music boxes with USB devices allow the customer to dictate which songs they want to hear and change their recorded melodies at will. 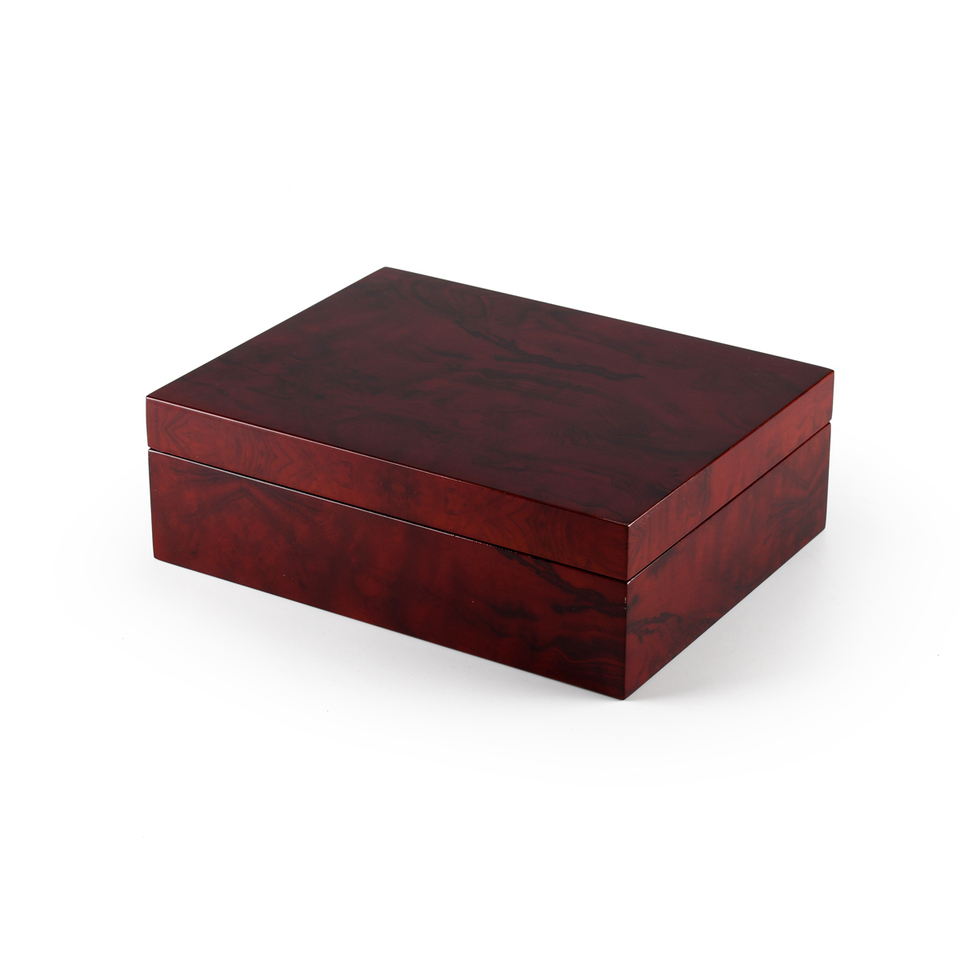 At Music Box Attic, we strive to provide a collection that appeals to traditionalist and modern customers alike. When you shop our store, you can find music boxes straight from some of the most infamous designers, side by side with modern novelty boxes that have tons of modern features and unique personalities. We recommend music boxes for anyone who wants to give a commemorative gift or add unusual accent pieces to their home decor.

Whatever reason you have to shop our music boxes, browse a selection of classic and modern music boxes for any occasion. Or, reach out to our experts for more guidance on finding the perfect music box for your needs.