If you love music boxes, you’ve probably been mesmerized by music boxes that have a ballerina at the center, spinning in time to the music. This is the perfect gift for the dancer in your life! Here’s a little background on how the music box dancer came to be.

History of the Music Box

The music box itself is a centuries-old art form. Music boxes first came about when Swiss watchmaker Antoine Favre-Saloman took the idea of the carillon – a large instrument usually found in bell towers – and scaled it down to the size of a pocket watch. 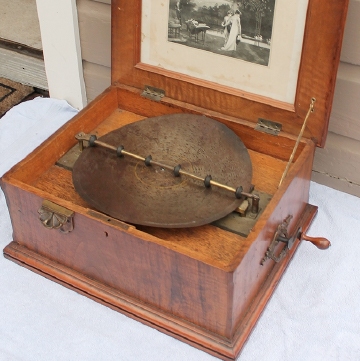 As technology changed in the coming centuries, so did the music box. In the late 19th century, Paul Lockmann, an inventor from Germany, created a music box that played music from a disc. While we no longer have to rely on music boxes when we want to hear music, they are still an item that’s beloved all around the world.

The Addition of the Ballerina

It’s hard to know when the first ballerina figurine graced a music box, but they quickly became popular. The most common type of music-box ballerina wears a traditional leotard, tutu, and pointe shoes, often in either pink or white, pirouetting around in a circle. Some music boxes also include a male partner for the ballerina wearing a tuxedo.

The phenomenon of the music box ballerina is so iconic that it has made its way into music history. In 1979, Canadian musician Frank Mills released an instrumental piece entitled “Music Box Dancer” that became an international sensation. Later, lyrics were added when Ray Conniff covered the song.

If you’re looking for a ballerina music box, you’ll find no shortage of options. But if you want the best, you have to buy from Music Box Attic, the music box experts with 30 years of experience!

Swan Lake is arguably the most iconic ballet, with its unmistakable music composed by Tchaikovsky. This box with two drawers pays homage to the famous show in the design. You can select any of our traditional song options or add your own custom song. You can choose from two ballerina figurines that spin in front of a mirror, just like if they were in a dance studio. 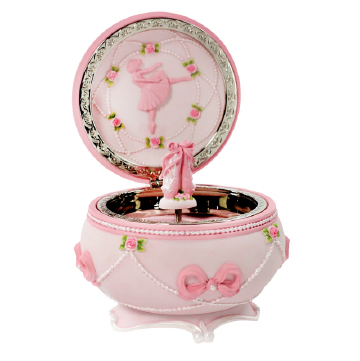 This unique spin on the ballerina music box (pun intended!) is just a pair of ballet slippers spinning on the interior. The silhouette of a ballerina on the inside of the lid and the beautiful pink bows are the perfect decorations. Beethoven’s “Moonlight Sonata” is programmed into this box. If you have a little girl in your life, this may be the perfect gift for her! 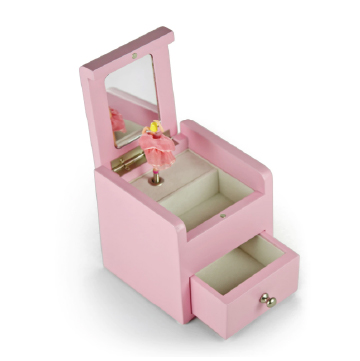 If you’re looking for something a little more simplistic, this matte pink music box with a ballerina is a fantastic option! It’s pure matte pink with a single drawer with a silver knob. The inside is lined with plush beige fabric, and you can choose one of two dancers to be the focal point of the box.

If you want to experience this truly classic item, Music Box Attic is waiting for your order. You can cherish your hand-crafted ballerina box for years to come!