There aren’t a lot of things that stay in style for centuries—but music is one of them! Some pieces of classical music that were composed hundreds of years ago are still known and loved today. If you’re looking for music listening tips, start by familiarizing yourself with these three essential pieces. 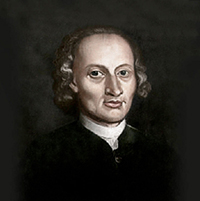 If you’ve been to many weddings, chances are you’ve heard this song. But don’t let having some familiarity with the composition stop you from really listening to it and savoring each beautiful note. “Canon in D” has a long history, originating in the late 17th century but not being published until the early 20th century—and it’s still going strong in the 21st century!

This song has some similarities to the French folk song “Frère Jacques” but with more melody changes and complexity. While the song didn’t become a wedding standard until recent years, some have speculated that Pachelbel wrote it as a gift to his pupil who was actually Johann Sebastian Bach’s brother. 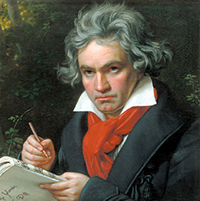 Although most people today know this piece of classical music as “Für Elise” (the German of “for Elise”), even the name is disputed. Some think that the title should actually be “Für Therese.” The confusion lies in the fact that this is one of Beethoven’s works that was never published during his lifetime. Instead, the world had to wait until 1827 when the composer had been dead for 40 years to hear it.

If the name of the piece is indeed “Für Therese,” many have deduced that the song was likely dedicated to Therese Malfatti who Beethoven at one point proposed to. Those who argue for “Elise” wonder if the song could have been an homage to German soprano Elisabeth Röckel who Beethoven fell in love with after she appeared in one of his operas.

No matter the true origin of this song, its tune is instantly recognizable. Although the melody is fairly simplistic, it will easily get stuck in your head! 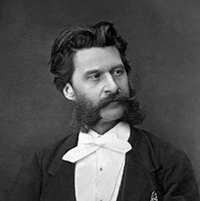 If hearing this song makes you want to get up and dance, you’re not alone. This is one of Strauss’s most beloved dance pieces. It’s one of the many reasons he’s known as the “waltz king.” This complex melody is actually five different waltzes interwoven. It’s also known for being Austria’s second national anthem!

Although the song is meant to be happy, it was born of struggle following Austria’s defeat in the Seven Weeks War and a subsequent economic collapse. Strauss drew inspiration from a poem by Karl Isidor Beck that included the line “By the Danube, beautiful blue Danube” to compose something to boost spirits. Strauss’s first performance of the piece included humorous lyrics written by Josef Weyl and wasn’t well received. But later when Strauss removed the lyrics and only played it orchestrally, the song’s popularity took off.

Can’t get enough of these musical masterpieces? Each one of them is available in the Music Box Attic listening library. That means you can select them as your music of choice for any music box. This will give you a stunning artifact for your home that sounds as amazing as it looks!